Why Infographics in Your E-Learning Course?

A post on readwrite from March 2012 speaks about the "infographic trend." Author Dave Copeland says, "this latest visual Internet fad of telling almost every story with a dense infographic is something that I'm hoping will soon be played out." Excess is bad, and infographics might be a trend — like tag clouds. But they are an immensely useful way of representing information. Here's why.Infographics encapsulate information
A visual representation — of data, or of how something works — is more concise than a textual representation can be. Apart from clarity, this also means less time spent comprehending something — and therefore, more focus. This might seem obvious, but you can see that it's important when you look at an infographic like this one — of a plumbing system, courtesy tempemechanical.net. 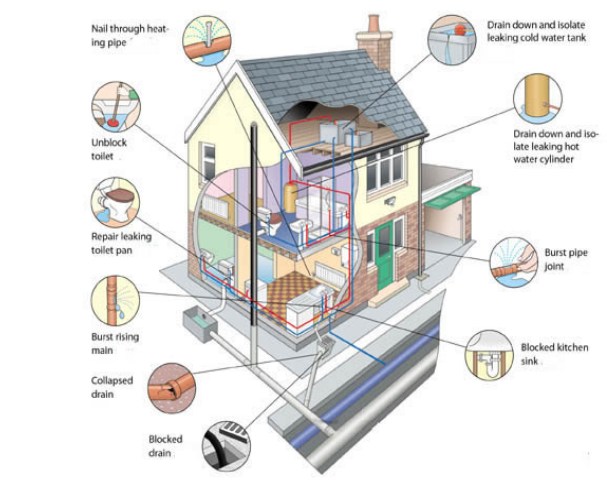 You can very well imagine how much effort and time it would take to put all that into text... and how much it would fall short of the task, too.

Visual relief
Just like an image, an infographic provides visual relief, even though it combines images and text (and possibly other elements). A reader, or learner, cannot "set aside" a piece of text; even if it is within a text box, it interferes with attenion. By contrast, an infograhic behaves like text: Your learner feels free to come back to it later.

The same applies to everyday life: You might be able to show me, on an infographic, how your ____ works (business, audio system, ....) It would be hard and/or misleading if you were to try to explain it in words. The point here is the shortcomings of words — or the difficulty 0f arriving at the right ones!

Infographcs declutter
A post on Articulate says, "We tend to over inform, which makes it hard to focus on the critical information. On the flip side, infographics do a great job focusing on key points of information." A beautiful feature of infographics is that you really can't pack more into it than what you want to say — which isn't the case with words!